Brendan Egan is an
award-winning digital
marketer and entrepreneur

Brendan has won dozens of awards and accolades for his work in technology and marketing, including being named the Los Angeles Business Journal Most Influential Marketing Agency, and has been featured in Forbes, The Huffington Post, Entrepreneur, and numerous other national publications. He is a two-time best selling author, serves on the board of directors for several companies, and manages a digital marketing agency where he has worked with over 500 brands ranging from startups to fortune 500 companies. 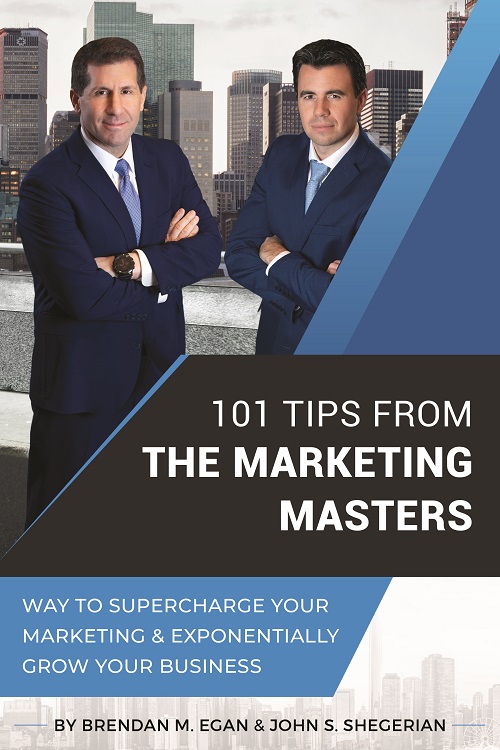 Brendan Egan is a serial entrepreneur who focuses on leveraging his experience in development & marketing to create new technologies, disrupt existing industries, and make an impactful change in people’s lives.

Born and raised in suburban Chicago, Brendan’s entrepreneurial spirit was alive and well from a young age.  At age 10, he went door to door starting a neighborhood leaf raking and snow shoveling business.  But it wasn’t until college that Brendan had his real taste at the business world.

During the market crash of 2008, Brendan became a successful day trader, growing a personal trading fund.  In 2009, he launched a digital trading education company, LearnToTrade, which was the highest rated and most purchased price action trading course on the market.  He also worked with hundreds of traders from around the globe offering one-on-one consulting.  He later sold the company in 2012, a year after graduating from college.

Through the two agencies, Brendan has worked with over 500 clients ranging from startups to fortune 100 companies, and has earned a reputation for delivering results-orientated, ROI-focused campaigns for each and every client.

In 2013, Brendan and long-time friend & business partner John Shegerian launched B.J. Industries, a startup investment company & incubator which is invested in over a dozen startup businesses.

In 2019, Brendan published his first book, “101 Tips From The Marketing Masters“, which focuses on providing actionable tips & tricks for businesses looking to improve their digital marketing.  The book quickly became an Amazon #1 Best Seller in the categories of marketing and digital marketing. In 2021, he co-authored his second book, The Insecurity of Everything, which focuses on how the technology revolution has led to a security crisis all around the world.

Brendan has won dozens of awards and accolades for his work in technology and marketing, including being named the Los Angeles Business Journal Most Influential Marketing Agency, and has been featured in Forbes, The Huffington Post,  Entrepreneur, and several other national publications.