Brendan has been featured on dozens of news outlets as an expert in entrepreneurship, marketing, and business. Below are a few highlights of his recent media appearances.

Brendan was featured on Newsmax National Report for his expertise in digital marketing and algorithms.

“Bot issues exist across every social platform. As someone in digital marketing, bots and algorithmic manipulation runs rampant. Social media has no incentive to police this as they are evaluated, and valued, based on their “user growth” whether those users are real or not.”

Brendan was featured as a marketing expert in a Forbes article focusing on the importance of businesses having a diverse marketing plan.

“Just like in investments, all your marketing eggs should never be in one basket. Even if one marketing channel drives a tremendously higher ROI for your business, what if that channel dries up, pricing changes, or worse it stops working? Having a diverse marketing plan is important for a businesses long term success.”

Brendan was featured in a Wall Street Journal article titled “Electronics Recycler Looks for Treasure in Trashed Gadgets”. Brendan acts as the Director of Digital & Strategic Marketing and serves on the Board of Directors for ERI, the largest electronic recycling company in North America.

“When commodity prices are very strong, it can make more sense to break a devices down into its raw components and recycle it,” said Brendan Egan. When they’re weak, “it can make more economic sense to … give those parts a second life.”

Brendan was featured in Business Insider highlighting the release of his first book, 101 Tips from The Marketing Masters.

“There are a ton of great books available in the marketing space, so John and I wanted to do something different that would benefit both marketing experts and business owners alike,” said Egan. “This book breaks down much of what we do for our clients every day running our agency, and gives simple and actionable tips for improving nearly all aspects of your marketing.”

Brendan was featured in an ESPN video and print article featuring Engage, a company which he co-founded, is currently CMO and CTO, and serves on the board of directors for.

“Engage has grown its list of speakers who use the platform from 400 to 2,100 in the past year, and Hennes says this past June was the biggest month of revenue in the company’s history. Much of that growth has come from partnering with established agencies such as RocNation and Athletes First. Engage is in the process of raising $2 million in seed funding to expand.”

Brendan was the subject of an interview by The Huffington Post titled “Are Entrepreneurs Born with Different DNA?”. The article featured Brendan’s take on being an entrepreneur and what it takes to start and grow a business.

Q: If you could give our readers one piece of advice, what would it be?

“John and Brendan have expressed bullishness in continuing to invest and partner in more businesses and provide essential support to impact companies wanting to make the world a better place. While they have been working together for over a decade now, the duo unsurprisingly agree that they are just getting started.”

Brendan was featured in The Hill in an opinion piece he wrote titled “2022 must be the year that Big Tech’s data wars end”.

The piece discusses the importance of big technology companies and their guide for data privacy being a means for them to gain market share at the expense of small businesses.

Brendan has been featured numerous times in The Toronto Star, including in a print and digital piece titled “Big Tech’s Privacy Plea a Bid to Access Your Data”.

“Big Tech’s latest pretense is that it deeply cares about privacy. Don’t be fooled…it is an aggressive move that will force companies to spend even more on advertising, while granting Big Tech sole access to the most valuable resource of the digital age: data.” 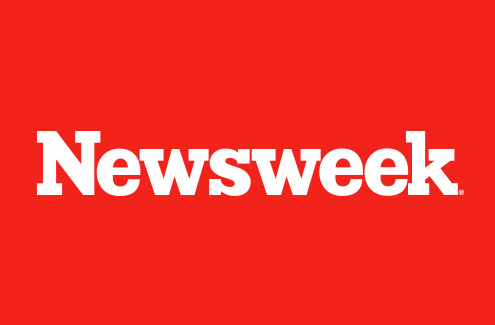 Brendan has been featured in Newsweek multiple times, including most recently in an opinion piece titled “Elon Musk’s Twitter Purchase is a Win for Shareholders”.

“The board’s resistance to a good offer should never have happened. A board doesn’t own a company. Its members are appointed by, and ultimately work for, the shareholders. I sit on numerous boards of different companies—albeit much smaller ones than Twitter—and the same principles apply regardless of company size. The most important part of my job as a board member is being a responsible fiduciary for the shareholders of the company.”

LA is an entertainment hub, however booking talent for media appearances or paid opportunities is a rigorous process that goes back and forth between the talent, agents and the company looking to hire. Engage, an LA-based startup, is simplifying the talent booking process and has had major achievements this year.

The platform is a space for talent and booking agents to communicate directly with one another and negotiate contacts. The site features over 3,500 individuals who can be booked and talent ranges from NFL players and college athletes to speakers such as Martin Luther King III. According to Engage, talent can be booked in under 10 minutes through the platform.

Notable milestones this year for Engage include closing a pre-seed round that valued the company at $30 million and increasing revenue by 200 percent year-over-year, according to the company. But its growth doesn’t stop there.

Brendan was interviewed as a technology and data security expert by VentureBeat in regards to a report that TikTok is keylogging and storing data of users.

Brendan was interviewed as a technology expert regarding reports that popular social media app TikTok is keylogging users data within the application.

Brendan was interviewed by TechTarget as a data privacy and technology security expert in regards to upcoming Federal data privacy regulations being debated by congress.

Brendan Egan inked an OpEd for Dallas News regarding Twitter continuing to be exposed for having some of the industry’s worst security practices and polices with regards to data security and user privacy.

Brendan Egan was interviewed by Express as a technology and marketing expert, speaking on the topic of deepfake videos, bot accounts, election interference and more with Express, one of the largest media publications in the United Kingdom.

Brendan Egan was interviewed by TechTarget, a major cybersecurity publication, on the lack of proper verification processes for validating hacked accounts on social media sites.